Stay up to date!Subscribe to receive articles from our magazine

Build a pergola is easy today. A anchoring pergola is an important step that affects the stability of the construction. What are the options?

Build a pergola is easy today. A anchoring pergola is an important step that affects the stability of the construction. What are the options? 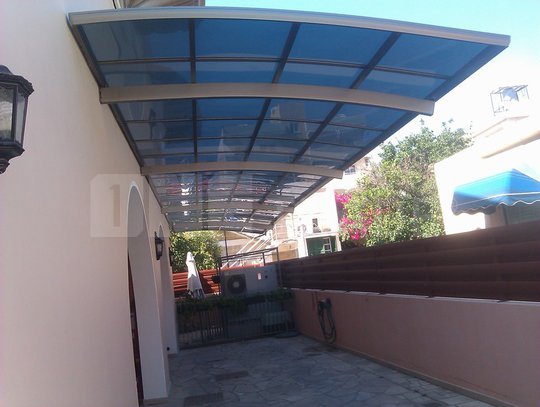 Anchoring the pergola into the facade

If you're building a pergola close to the house, it is usually anchored to the facade. Principle of pressure anchor pergola in this case is quite simple. Are used special screws that can seamlessly penetrate masonry, including home insulation.

These are subsequently attached pergola itself, which provides high stability, as well as the certainty strength. Perhaps it is obviously mutual combination with the solution that we introduce now. Anchoring pergolas to surface.

If you can not anchor pergola to a house, or for some reason you do not realize it can be also anchor into the ground. In this case, we need a strong enough foundation. Concrete foundations are recommended, which should have a minimum of 40 x 40 cm and should be at least one meter deep. Of course, depending on the size of the pergola. Subsequent steps to anchor the pergola is already simple, because here we serve screws that concrete is placed.

You can utilize other types of screws

An alternative to this option are the so-called ground screws, where it is not necessary to use concrete foundations. A disadvantage is mostly less stability and thus fits really rather at least pergolas that are built on solid ground, which screw guaranteed to keep. For large pergolas, this option is not recommended. The only alternative is deep ground screws, which are used, for example, also in wooden constructions.

Come see for yourself

Visit one of the largest show centers in the Czech Republic - Říčany near Prague and Holubice near Brno and choose from dozens of products.

You can expect to see:

We are looking for assembly teams and companies that have experience with the construction and installation of aluminum conservatories, pergolas and carports. We will properly train the installers. We are interested in long-term and functioning cooperation. If you are interested, contact us at info@hobbytec.cz
X